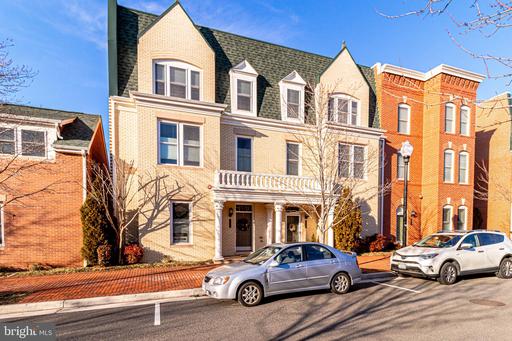 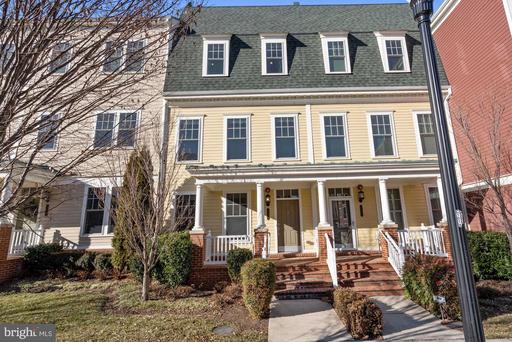 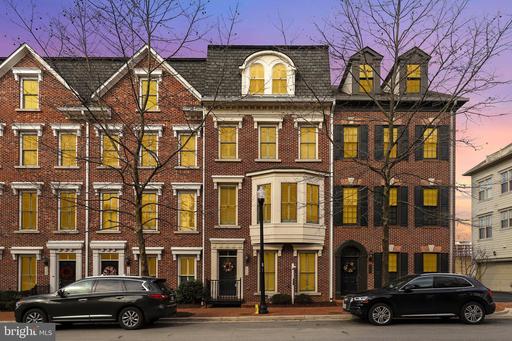 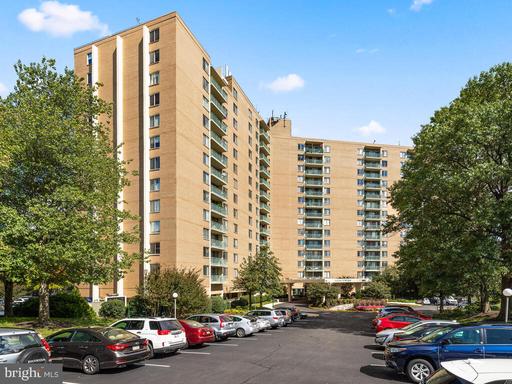 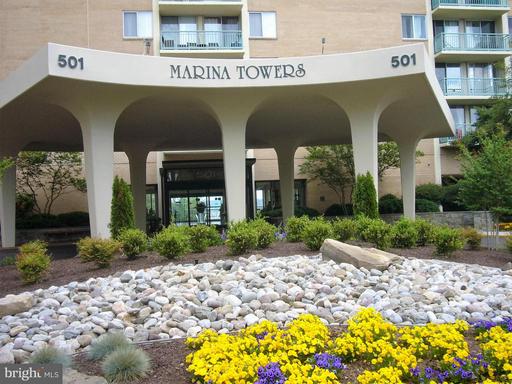 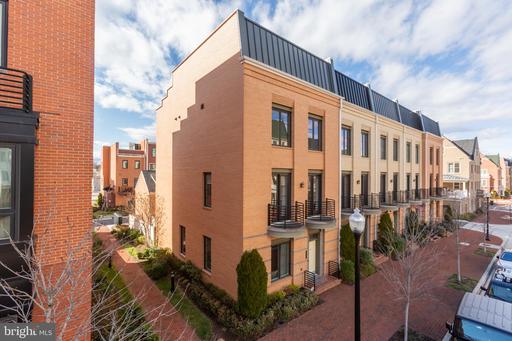 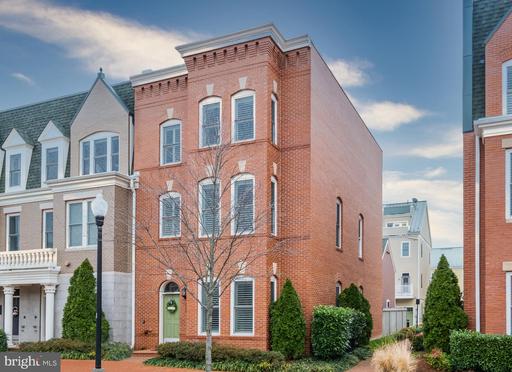 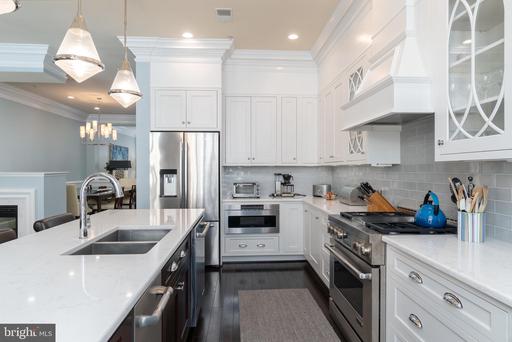 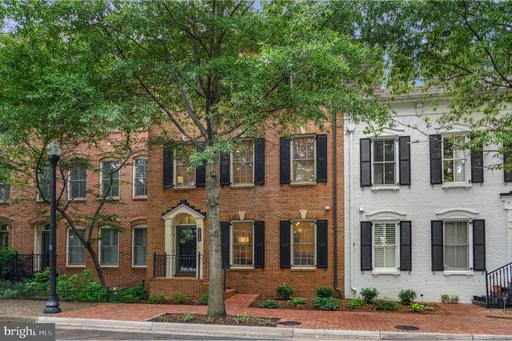 Potomac Yard is a residential community situated in Alexandria, Virginia and was once known as one of the busiest rail yards on the Eastern Seaboard of the United States. Today, the area offers a large shopping mall, diverse homes, and direct access to the Potomac River.

Located in NE Alexandria, Potomac Yard is bounded by Daingerfield Island and the Potomac River to the east, Four Mile Run and the Ronald Reagan National Airport to the immediate north, Del Ray sits to the west, and Northern Old Town completes the area’s jurisdiction to the south. The narrowly designed neighborhood includes nearby attractions like a large shopping mall and is also renowned for being bounded by Route 1 and the GW Memorial Parkway.

Once a Major Transportation Hub

Potomac Yard’s role as a major transportation hub began when Congress chartered the Alexandria Canal Company in 1830. The canal would connect the port of Alexandria with the end of the C&O Canal in Georgetown via the Potomac Aqueduct Bridge. Railroad development in Potomac Yard began in the 1850s and in accordance with the plan the Richmond-Washington Company was formed to manage traffic. In its heyday, the rail yard processed thousands of cars daily. The PRR extended its railway electrification program to Potomac Yard in 1935, marking its southernmost point until its dismantling in the 1980s. Plans for rehabilitation and re-development of the land have been a source of intense debate since then.

Major roads bounding the current neighborhood of Potomac Yard include Route 1, Braddock Road, and the George Washington Memorial Parkway. When driving northbound on the latter, it will take you directly to the Ronald Reagan National Airport which is one of the busiest airports in the Metropolitan area. The airport houses one of two Metro stations close to Potomac Yard, with the other one being Braddock Road. Both stations travel on the Blue and Yellow lines and can be reached by car or bus. An Amtrak station sits in southern Old Town.

The Potomac Yard shopping mall is a massive one-stop shopping and recreation complex located in the northern end of the neighborhood. The mall offers several big-box stores like Target, Best Buy, Shoppers, Old Navy, Men’s Warehouse, and T.J. Maxx. There’s also a Regal Cinema theater here plus abundance of mainstream restaurant chains as well as local joints like Hops. Hops Restaurant is a laid-back microbrewery serving meat and seafood dishes plus a number of handcrafted beers. Rustico Restaurant & Bar is also located in Potomac Yard and is a sleek, brick-walled gastro-pub serving wood-fired pizzas and more than 300 kinds of beers. Buzz Bakeshop sits next door and is a favorite among locals with a sweet tooth. Bakery options found here range from substantial foods like quiche and sandwiches to creative desserts and coffee.

The Birchmere is a very short drive away from the Potomac Yard Center and is a popular concert hall with unique decor inside a fabulous space. This barnlike performance spot has a super club-style theme in the main hall, plus they offer a standing-only bandstand area. If you’re interested in further entertainment and dining options, make the short trip to Old Town Alexandria where you’ll find abundance of restaurants, shops, nightclubs, and other venues.

Potomac Yard Park is an excellent, recently developed park on over 20 acres of land in the Potomac Yard neighborhood. There’s ample amount of parking spots, while the park features tennis courts, basketball courts, playgrounds with swinging hammocks and a climbing wall, plus numerous trails perfect for walking, bicycling, and jogging. The Daingerfield Island encompasses the neighborhood to the east and is a 106-acre waterfront green space hosting sailing, fishing, and field sports, along with a popular restaurant. The Washington Sailing Marina is also located here, while some other green spots near Potomac Yard range from the Eugene Simpson Stadium Park and the Four Mile Run Park. Near the Birchmere and adjacent to Four Mile Run, its namesake park is a public area offering fishing, athletic fields, a basketball court, playgrounds, and a walking trail. Frank Mann Field is also on the park and is a popular baseball diamond hosting numerous league games.

Offering luxury housing units and direct access to Washington, DC and the Ronald Reagan National Airport, Potomac Yard is an up-and-coming residential neighborhood known for being very close to the Potomac River and for attracting new home-buyers for its affordability and close access to a Metro station. What does the most expensive home in Potomac Yard look like?

The home for sale with the highest sales price in Potomac Yard is:
710 E CUSTIS AVE, ALEXANDRIA, VA 22301

How about the least expensive?

The home for sale with the sales price closest to the Potomac Yard average is:
501 SLATERS LN #808, ALEXANDRIA, VA 22314

How Much is Available?

How Many Months of Inventory?

Ratio of homes in Potomac Yard listed for sale versus those under contract. The lower the number, the hotter the market.

Shows a comparison between the final sales price of homes sold in Potomac Yard versus their list price.

Average list price of homes for sale in Potomac Yard

How Fast Are They Selling?

Average days from Listing Date to Sold Date for Potomac Yard homes that sold in the past 90 days.

Your registration is complete. Industry regulations require us to validate contact information before displaying complete data on sold and contract pending properties. We recognize that this is annoying, but once you click on the validation link in the email that we just sent from noreply@c21redwood.com you will be all set to search just like an agent!